Rebecca and Keiran McShane fell pregnant with son Percy, having wanted to start a family for some time.

It wasn't an easy pregnancy for the Victorian woman who suffered through severe morning sickness called hyperemesis as well as some hemorrhaging, which left her thinking she had lost their child.

"I was in and out of hospital the whole time," she tells 9Honey. "I got to 27 weeks and was just starting to feel those flutters of pregnancy. I didn't experience a full kick or anything like that."

READ MORE: Brothers born with rare, life-threatening condition: 'There is no cure'

In July 2021 Rebecca woke up bleeding again but this time it was accompanied by "severe back pain."

?"I went to the hospital and just by pure luck my obstetrician was on shift," she continues. "I was considered high risk, and when my obstetrician checked me I was already three centimetres dilated."

An ambulance was called to transport her from her local hospital in Gippsland to Monash Children's Hospital in Melbourne.

"Gippsland couldn't take babies until they were 35 weeks and I knew the gravity of the situation because I had a friend who'd lost a baby," she says.

Adding to her distress, Keiran wasn't able to accompany her at first due to pandemic restrictions, but by the time she reached Melbourne she was three centimetres dilated and the seriousness of the situation was realised.?

READ MORE: 'This is why I will never let my cat roam'

"I was really scared and frustrated that I couldn't have Keiran with me," she continues. "Being separated from him was really, really hard."

Medication failed to stop her labour from progressing.

"I made it to the hospital and stayed for a couple of nights and they thought they'd stopped it from progressing despite some bleeding and the same level of back pain.?"

The next morning Rebecca was fully dilated and there was no going back.

"I was really scared and frustrated that I couldn't have Kieran with me."

?"It was all action to have a caesarean," she recalls. "From the time I was 10 centimetres dilated until Percy arrived was about 45 minutes. When Percy made noises it was unreal. It was the most incredible sound. He let out a cry. He had such a little face."

Rebecca had been given steroid medication to strengthen her son's lungs but his early arrival left him suffering chronic lung disease so he was given help to breathe.

"He was tiny. I actually got to hold him later that afternoon and I was only able to have one hold a day, a few days none at all due to being in a fragile state," she explains.

"The hardest part was not being able to really distinguish his features because he had a hat on holding the CPAP in place and he also had glasses on for jaundice.? His face was almost completely covered and squished. At the same time he looked like a little person with little tiny fingers and toes. He was pretty incredible."

Percy would stay in a humidi-crib for three long months, the device acting like an "artificial womb" until he was strong enough to come out of it.?

"It was definitely the hardest thing we've ever been through, just watching your baby on life support for three months, it's too hard to digest," she continues. "This little person you've wanted for so long, just having to see them fight, you go through all sorts of emotions, but seeing how much he wanted to survive was such a reassuring thing."

The news they could take their son home was exciting, but also terrifying.

"He started to breathe on his own a week before we went home and when we did take him home it was scary," she says.

Having spent much of their time during Percy's three months of life in Ronald McDonald House and their son receiving around the clock care, ?they were understandably anxious.

"We would literally check he was breathing every 30 minutes at first," she says. "I guess it's just one of those things."

Percy is now 15 months old and has grown into a confident, happy child who "smiles and waves at everyone."

?After the incredible care her son received, Rebecca has dedicated some of her time raising funds for Running for Premature Babies for Monash Children's Hospital.

The organisation was founded by Sophie Smith late-husband Ash began Running for Premature Babies in 2007 after losing all three of their prematurely born triplets, Henry, Evan and Jasper to complications after they were born at 24 weeks.

"When our triplets were in hospital, we realised most of the machines keeping them alive were donated, and we learned that hospitals rely on fundraising for up to 70 percent of the equipment in their units," Smith said.

"Preterm birth is the single greatest cause of death and disability in children up to five years of age in the developed world," Smith explains.

The charity has now raised more than $5 million for lifesaving neonatal equipment and research, and provided over 100 pieces of life-saving equipment for hospitals around Australia directly benefiting approximately 8000 babies so far.

Find out more about Running for Premature Babies by visiting the website. 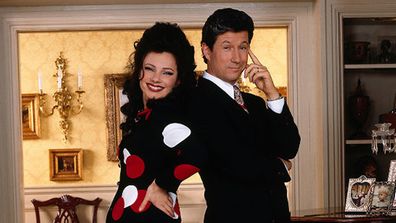