Anyone whose child has been bullied for being 'different' knows the heartbreak that comes with seeing your child excluded at school.

Now a mum in the US is spreading a message about kindness after she decided to take action when her son came home from school in tears.

Cassandra Cooper told US media outlets her son Brody was bullied at his previous school, so they moved him to another school in Westminster, Colorado two years ago. However, the bullying continued, with him pushed and called names, leaving him to sit and play alone each day, before coming home in tears.

She had several meetings with the school, but the final straw came last week when her son came home from school upset because hardly anyone would sign his yearbook.

So she took to Facebook to vent, writing, "My poor son. Doesn't seem like it's getting any better.

"Two teachers and a total of two students wrote in his yearbook. Despite Brody asking all kinds of kids to sign it. So Brody took it upon himself to write to himself. My heart is shattered."

An accompanying photo showed a page from Brody's yearbook, which was largely empty. But it was the notation to himself that really upset his Mum. "Hope you make some more friends!" her son had written, before signing his own name.

Cooper told TODAY Parents that Brody, 12, had been unusually quiet that day when she picked him up from school, so remembering he was due to get his yearbook that day, she asked if he got lots of signatures.

That was when his eyes filled with tears.

"He said that he'd asked the kids in his class if they would sign his yearbook and some flat-out said 'No.' A couple of his classmates jotted down their names ¡ª but there were no messages. There was nothing about how smart, funny and awesome he is," she said.

As well as posting to her own Facebook page, she shared it with a closed Facebook page for parents at the school, but this time added an extra line. "Teach your kids kindness," she ended the post.

"I honestly didn't think much would come of it," she told TODAY.

But some parents alerted older students at the school, who hatched a plan to fill Brody's yearbook with positive messages.

By the next day, she received a text from her son along with a new photo of his yearbook filled with comments and signatures.

"He had messages from eighth graders and even 11th graders," she said. "Brody's exact words to me were, 'This is the best day ever.' Some kids even put their phones for Brody to contact them."

"Brody, I hope you have an amazing summer. You're worth it, and you matter," wrote one schoolmate.

"Have an amazing summer little man," wrote another.

"Brody you are so cool! Always keep your head up! Treat people with kindness and know you are loved!"

She said even children who previously refused to write in the yearbook had lined up to sign it.

Some of the older children have already followed through with a promise to stay in touch, even taking him out for ice-cream.

She added her son was on "cloud nine" and now looked forward to starting Year Seven. 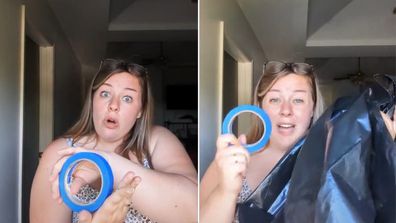