Celebrities who have been on a surrogacy journey to have kids

The celebrities who have used a surrogate to become parents 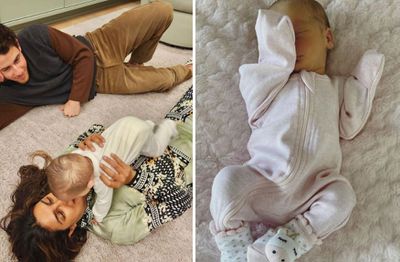 Not everyone is fortunate enough to have an easy road to parenthood.

For some, the challenges to becoming parents has meant they've looked to surrogates to allow them to welcome a longed for child.

And it's not different for celebrities, with a host of famous names having opted for a surrogate to carry their child.

From Kim Kardashian revealing she was advised not to risk another pregnancy, or Neil Patrick Harris and husband David Burtka looking for a way to both be biological dads, 9Honey has rounded up 12 ?celebrities who have had their children via a surrogate. 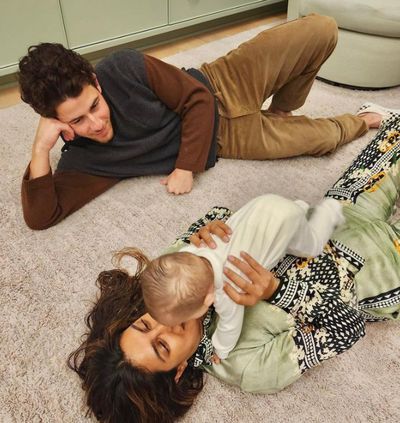 ?Priyanka Chopra and Nick Jonas opted for surrogacy when they decided to become parents.

But after welcoming their daughter Malti Marie Chopra Jonas, now one, in January last year, the pair have been criticised for the choice.?

Initially revealing little as to why they chose surrogacy, ?Harper's Bazaar reported at the time it was due to the pair's 'busy schedules', which drew plenty of ire from their critics.

But in the February issue of British Vogue, Chopra, 40, sets the record straight saying it was a 'necessary step' in order for them to have children.

"I had medical complications," she told the publication. "This was a necessary step, and I'm so grateful I was in a position where I could do this. Our surrogate was so generous, kind, lovely and funny, and she took care of this precious gift for us for six months." 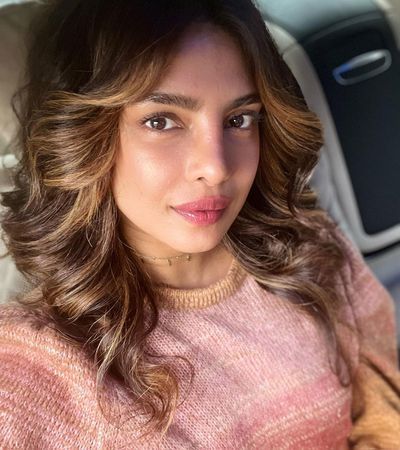 Chopra is defiant in the face of her critics, saying they don't know what she'd been through and it wasn't their business to judge.

"You don't know what I've been through," she continued. "And just because I don't want to make my medical history, or my daughter's, public doesn't give you the right to make up whatever the reasons were."? 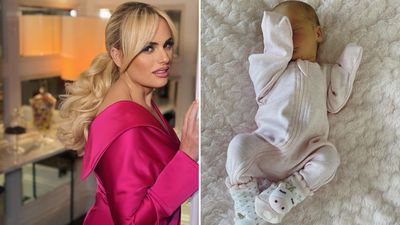 Rebel Wilson shocked the world this week when she announced the birth of her daughter, Royce Lillian.

Posting the photo of the newborn to Instagram, the actress shared Royce had been born via a surrogate.

"I can't even describe the love I have for her, she's a beautiful miracle! I am forever grateful to everyone who has been involved, (you know who you are), this has been years in the makingˇ­ but particularly wanted to thank my gorgeous surrogate who carried her and birthed her with such grace and care," she wrote.

"Thank you for helping me start my own family, it's an amazing gift. The BEST gift!! I am ready to give little Roycie all the love imaginable. I am learning quicklyˇ­ much respect to all the Mums out there! Proud to be in your club." 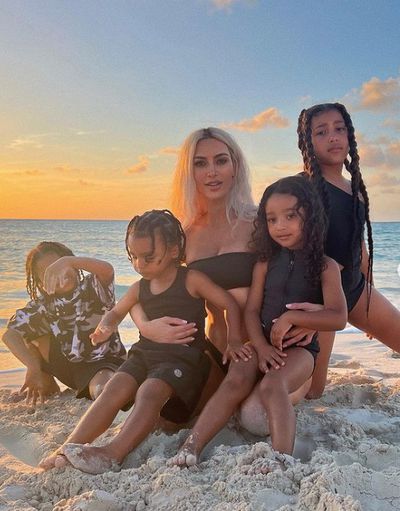 When Kim Kardashian, 42, gave birth to her two eldest children North, nine, and Saint, six, doctors recommended she not carry any more children.

As she told Elle Magazine, she had suffered from placenta accreta with both, meaning her placenta grew too deeply in her uterine wall and did not detach after delivery.

"After giving birth, your placenta is supposed to come out. But mine was stuck. That's what women usually die from in childbirth ˇŞ you hemorrhage and bleed to death and they can't stop it," she shared.

"To get it out ˇŞ it's so disgusting ˇŞthe doctor had to stick his whole arm in me and scrape it off. It was the most painful."?

Not feeling her family was yet complete, she and (now estranged) husband Kayne West turned to a surrogate to carry their two youngest children Chicago, four, and Psalm, three.

Kim has openly discussed her positive experiences with surrogacy and in an episode of Keeping Up with the Kardashians which aired last year, said it felt very natural for her.

"The love that you'll have for your kids is exactly the same. There's no difference, except that there was someone else that was the carrier," she said. 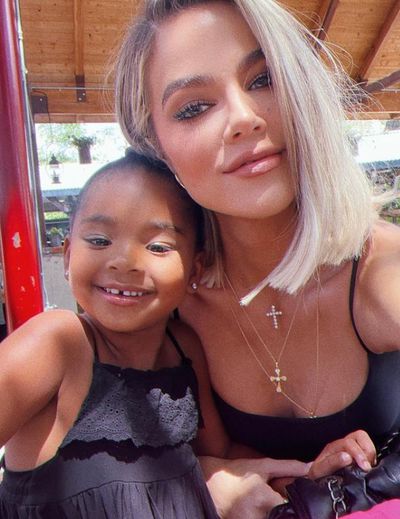 Kim's experience led little sister Khloe, 38, to seek out her own surrogate to have her youngest child.

Announcing in August that she and ex-partner Tristan Thompson? had welcomed a son, whose name is yet to be made public.

In an episode of season 20 of Keeping Up with the Kardashians, Khloe revealed she had been told after having True that any future pregnancies would be considered high risk.

"I spoke to Dr. A and she was just a little concerned about like, I did a check and blood panels and all this stuff, and she just said that I would be a high-risk carrier for a pregnancy...?," she told Kim.

"'I'm not going to get into specifics on camera, but they said it's an 80 something percent chance that I'll miscarry. I almost miscarried with True at the beginning, but I didn't know that was a lingering thing.? 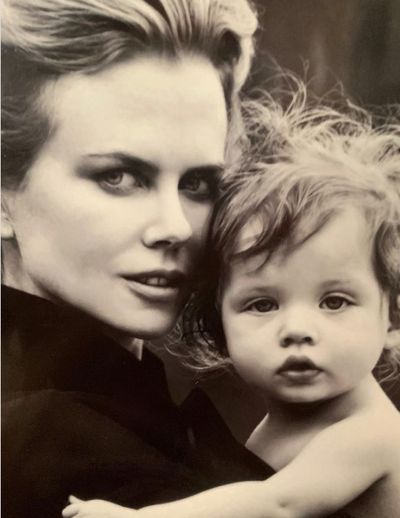 After welcoming Faith's big sister Sunday Rose, 14, the Sydney Morning Herald reported at the time that Kidman had been advised to use a surrogate for any future children.

The couple kept their news secret, before surprising the world by announcing her birth in early ?2011.

Faith, who is a biological sibling to sister Sunday Rose ?was born via a gestational carrier.

Kidman is also mum to Connor Cruise, 27, and Isabella Cruise, 29, who she adopted with ex-husband Tom Cruise. 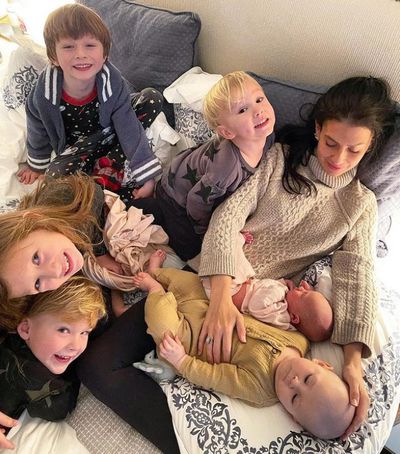 H?ilaria and Alec Baldwin shocked many when they announced the birth of their daughter Lucia in March last year, just six months after giving birth to their son Eduardo.

The couple have not made many public comments on using a surrogate, but in an instagram post soon after welcoming Lucia Hilaria explained her other children longed for a sister.

"The Baldwinitos craved so much to have a little sister. Many of you may remember the loss of their sister at four months in the end of 2019. There isn't a day that goes by where we don't ache for our daughter," she shared.

"When I found out our baby had died, I told our children that their sister was going to come, just not at that time. Nothing will ever replace her, but two wonderful souls have come into our lives, and we are humbled to know them."

The couple, who also have four older children together, have since had another child, Ilaria, born in September. 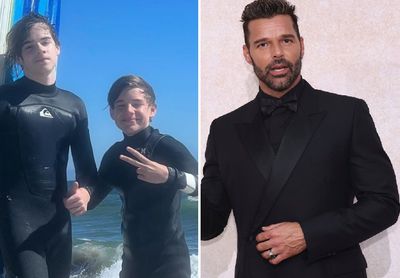 Ricky Martin welcomed his twin boys Matteo and Valentino, 14, via surrogate in 2008.

In a radio interview, Martin shared how he was open with the boys about how they were born,

"So I explained further, because I couldn't just leave it at that: 'There was a woman that I adore with all my heart that helped me bring you into this world. She lent me her belly so that you could come and when you were born she put you in my arms.' And he said 'Ah, ok' and he kept playing."? 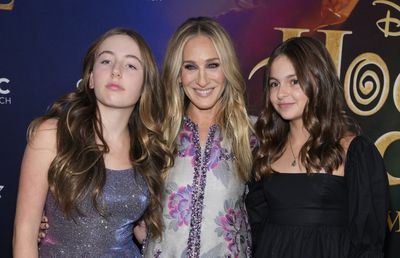 Sex and the City star Sarah Jessica Parker has been very open about her fertility struggles after she and husband Matthew Broderick tried unsuccessfully to fall pregnant after welcoming son James in 2002.?

In an interview with Access Hollywood? in 2009, SJP shared surrogacy hadn't been their first choice, but looked to the option when it became clear they were unlikely to conceive again.

"Well, you know, we've been trying to expand our family for a number of years and we actually have explored a variety of ways of doing so," SJP said at the time. "This was one of the things we discussed with seriousness that had real possibilities for us."

"It would be odd to have made this choice if I was able to, you know, have successful pregnancies since my son's birth." 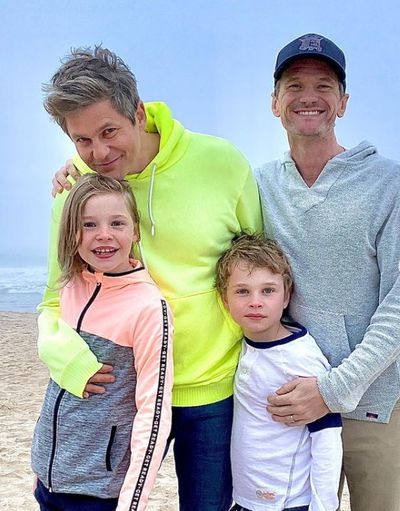 Neil Patrick Harris and husband David Burtka are dads to twins Harper and Gideon, 12, who were born via a surrogate.

In an interview with Barbara Walters, the How I Met Your Mother star shared how the couple were able to both be biological fathers.

"We inserted one of my sperm and one of David's sperm into two eggs, with the hope that they would both take, just because we both wanted to be dads biologically, and both took, miraculously," he shared. 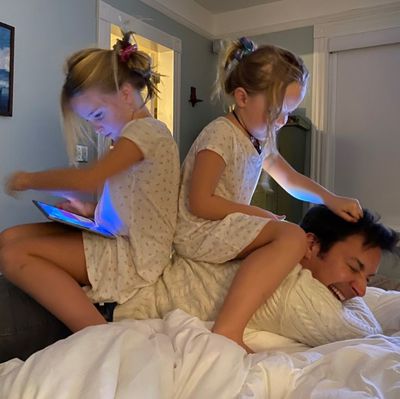 The comedian and talk show host is dad to daughters Winne, nine, and Frances, seven.

In an interview with the Today Show following Winnie's birth, he shared the heartache he and Nancy felt at not being able to conceive.?

"My wife and I have been trying for a while to have a baby, we've tried a bunch of things and anyone who has tried would know it's just awful," he said.

"We tried for five years."?

He also opened up about why the couple chose to kept the news private until after her birth.

"So we had a surrogate, we tried before and we told people and it didn't happen and it was just really depressing and hard on everybody. This time we said we're not telling anyone," he continued. 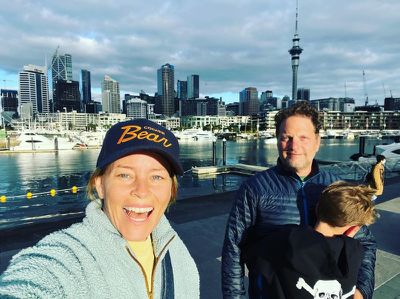 Actress Elizabeth Banks had her two sons Felix, 11, and Magnus, nine, via a surrogate.

The Charlie's Angel's star? was unable to carry her own children, but in an interview with Porter said she felt 'judged' for her decision to turn to surrogacy to start a family with husband Max Handelman.

"I definitely think I'm still judged for what I've done and that people don't understand my choices, but I don't feel I owe anybody any explanation," Banks said.Porter.

"And, if my story helps people feel less alone on their journey, then I'm grateful for that."

In an announcement ?shortly after Felix's birth, Banks said she had used a gestational surrogate after years of unsuccess fertility interventions. 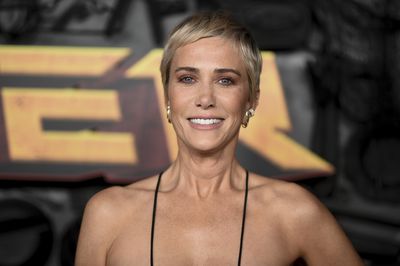 The Bridesmaid's star opened up to Instyle about enduring a three year 'IVF haze' before making the decision to use a surrogate, a choice she said was 'bittersweet'. ?

"Emotionally, spiritually, and medically, it was probably the most difficult time in my life. I wasn't myself. There are so many emotions that go with it ˇŞ you're always waiting by the phone and getting test results, and it was just bad news after bad news," she shared.

"I remember when our doctor mentioned going other routes, and I was just like, 'Nope. Don't ever bring that up again. I'm getting pregnant. I'm doing this'. I finally realised that I just needed help. And, thank God, we found the most amazing surrogate.

"So many things were bittersweet. I was over the moon feeling them kick for the first time, but then I would get in my head and ask myself all these questions, like, 'Why couldn't I do this?'. At the same time I would tell myself it didn't matter. She was giving us the greatest gift, and I just wanted them to get here!?"