OPINION -- Budget conversations aren't a happy time in our household. I like to spend, my husband likes to save so the session usually involves a little gentle lecturing from him, a lot of charts, and a tease of what we could buy if I just stopped buying so many coffees.

However, there is one budget night that will stick with me forever. It was the night my husband told me, after five years of IVF, that we can't keep doing it. He was worried about the mental toll it had taken on me, but mostly, we just couldn't afford it anymore.

At this point, we have a beautiful daughter via IVF three years into our IVF treatment, and had been trying for a second for two long, expensive years.

He looked white when he told me. He trembled a little and I thought he was about to cry. His words were "I don't want to be the one to say we can't continue with IVF because we can't afford it, but at this point, I have to be that person. We need to get on with our lives and start living again".

I was numb. This couldn't be the reason we finish trying. My mind started racing. "We'll sell something", "We'll get out a loan" ¨C all of these incredibly emotional and irrational statements came flying out of my mouth. And then I cried, because I knew he was right.

Not only was my mental health battered to a point where I didn't recognise who I was, but I was willing to sell incredibly special items just to carry on for the dream of a second child. I was making incredibly important decisions driven by complete desperation. Not a good idea at all.

But, I am not alone. Since starting The Amber Network, I have interviewed many other couples and singles going through fertility treatment, and their stories have been eerily similar and utterly heartbreaking. One couple sold their house and moved in with her parents, one sold her grandmother's jewellery, one saved for 10 years to do one cycle of IVF which sadly failed and are now saving again.

The cost of IVF can range anywhere between $5,000 and $10,000 for one cycle, but it's not just the cost of the cycle that is costly. It's the extra tests, scans, medications, and if you are lucky enough to have money left over for complimentary therapies, then it usually goes there.

All up, my husband and I were around $70,000 out of pocket. These numbers aren't new, and the financial toll of IVF on couples is widely reported.

What is new and ground-breaking, is the decision by the Victorian Government to open the first publicly funded IVF clinic in Australia. Public funds should be used for the public good. There persists in some circles the idea that IVF is a luxury. An extravagance for those who have squandered their best child-bearing years by living the high life, delaying having children to enjoy their status as DINKS or SINKS.

The reality is far from that.

We are learning more about ever-declining male fertility and sperm counts and about previously undiagnosed conditions that impact female fertility such as endometriosis which affects one in eight Australian women.

IVF is not for the "selfish few" who lived their life and now want taxpayers to fund their baby, it's for the everyday hardworking Australian who contributes to Australian society, and who is also desperate to be a parent.

This commitment from the Victorian Government recognises that offering a small portion of public funding for IVF supports the overall public good. It's a big step forward, and one that hopefully will result in other state governments following suit.

We use taxpayer funds to support university, schooling, childcare, childbirth and pregnancy. IVF has been a significant gap in family funding till now, and will be a welcome relief for the many Victorian families who go down this path each year.

Remove the stats and facts, this decision has made so many people very happy and gives them a chance at fulfilling their dream of being a parent. 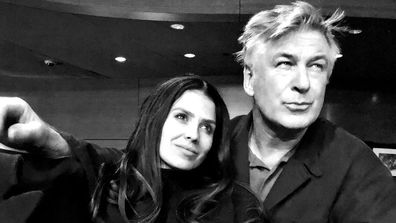