Most parents would agree that childcare workers do a great job looking after our children when we can't do it ourselves.

So it would make sense to heed the words of those who make a living caring for our kids.

A childcare worker has taken to her TikTok account to share the four things she wouldn't send her kids to daycare with, along with an impassioned plea.

Celeste said top of her list was overalls, even issuing a plea to parents to "Please stop."

"They are so cute I can't even lie but they are a nightmare," she explained in a reply to a commenter who queried why they were on the list.

"And having to take their entire outfit off to change their nappy when I have 12 others to change," she said to another.

?Second on her list was all "designer clothing," saying it "was not worth it."?

?Third was a child's sippy cup that did not have a mouthpiece that could be closed.

"These cups," she wrote beside an image of a cup. "I do not like cleaning up water all day."

And fourth on her list was "crocs or slip on shoes".

She explained they were too "easily removed" which meant "I have to put them back on 1000 times."

"I love crocs but they slip off kids' feet so easy," she replied to one commenter.

Celeste uploaded the video with the comment, "Parents plz take note." It has since been viewed 2.3 million times and received more than 163,000 likes and hundreds of comments.

While many questioned or defended some of the items on the list, others vowed to take her advice.

Crocs were the most defended item, with many saying they would keep putting them on their children.

Others chimed in with their pet hates.?

"Also converse! A nightmare to get back on them," wrote one.

"Laces, seriously, ditch the fancy runners. Velcro is the way to go," wrote another.

"Also complicated hairstyles, expecting them to stay perfect," said another.

"Rings/jewellery... so many 'special' items lost," wrote another commenter. 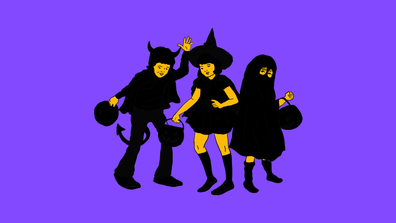