A reproductive biologist says women who follow a vegan diet may be lacking certain nutrients, and advises women struggling to conceive to eat a small amount of meat and fish to boost their chances.

Grace Dugdale is a reproductive biologist and nutrition scientist based in the UK who has a background in molecular biology and genetics, and extensive experience in reproductive health.

She told a recent Fertility Show in London that if "vegans and vegetarians have not been taking the proper supplements, they may have catch-up work to do rebuilding their body's stores of these nutrients", according to UK's Metro newspaper.

READ MORE: Record pollen levels cause rise in allergies and eczema in babies

She also said cutting out meat and fish completely could cause problems for women trying to conceive.

Dugdale founded Balance Fertility in 2017 to offer online fertility services, including at-home testing for hormones, nutrition and general health to optimise the preconception health of men and women trying to conceive.

She has spent years researching biological function in sex and fertility. She believes dietary and lifestyle factors can impact reproductive success and devised a fertility and preconception care program run through a hospital for anyone trying to conceive.

After the event, she said while she understands "the ethical and environmental reasons why people are vegan," she sometimes tells women trying to conceive, who have depleted levels of these nutrients, "that they would benefit from starting to eat a small amount of meat and fish."

She said vegan patients often had low levels of key nutrients needed for a baby to develop. She says testing levels of vitamins and minerals will tell if your diet is meeting the nutritional demands of you body.

She also singled out eggs and dairy as among foods containing "important nutrients needed for fertility and pregnancy."

The Metro reported that a consultant in gynaecology and reproductive medicine at Imperial College Healthcare, Rehan Salim, also spoke at the show.

He said women wanting to freeze their eggs needed protein, and advised them to eat meat as well as lots of vegetables.

It is not the first time the link between diet and fertility has been examined.

Many studies, including one on fertility and diet conducted by researchers from Harvard Medical School the Harvard T.H. Chan School of Public Health, and published in 2020, found a number of vitamins and nutrients were linked to a increased fertility.

These included folic acid, vitamin B12, omega-3 fatty acids and healthy diets, such as the Mediterranean diet.

Meanwhile a study published by Oxford Academic found couples who ate more seafood ˇŞ something missing from vegan diets and some vegetarian diets ˇŞ fell pregnant sooner than those who rarely ate seafood.

However, other studies have found vegan diets can improve fertility rates. 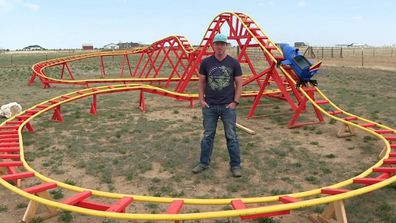