The long-anticipated COVID baby boom has arrived, with the nation's fertility rate jumping to the highest rate in three years.

However, it seems Australian women are by no means rushing to have children.

New data from the Australian Bureau of Statistics reported the fertility rate to be 1.7 babies per woman in 2021 with 309,996 births. This rate is a welcomed increase from the record slump of just 1.59 back in 2020.

This trend is consistent with women opting to have children later in life in favour of their careers, financial security and education.

Bignasca says she even identifies with the new data trends, as she is pregnant herself. "You're welcome, ABS," she joked.

This sentiment is backed by newly released data that reveals women aged 30-34 have the highest fertility rate followed by women aged 25-29. Similarly, the number of mothers aged 35 to 39 has doubled and the rate of 40 to 44 year olds having babies has almost tripled in the last three decades.

"In this economy, women are working longer to build up some sort of support in the bank."

The median age of mothers was also revealed to be 31.7 which is the highest age it's ever been. The increasing age of first-time mothers has been on an upward trend since the turn of the century according to the ABS.

Other new data also portrayed Northern Territory as having the highest fertility rate in the country at 1.8, above the national trend. Alternatively, the ACT has the country's lowest birth rate at just 1.4.

And in other positive news, new data further revealed the rate of teen pregnancies (ages 15-19) are on a downward trend, with just 5102 reported pregnancies in the last year. 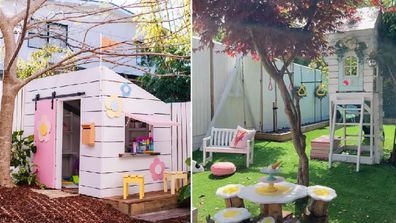