As the sonographer continued to zoom in on the brain of Lauriann Higgin's unborn baby, a sense of fear grew inside her.

"A head obstetrician was brought in. I went white," Lauriann tells 9Honey Parenting, as she recalls the 20-week scan for their second baby. "They sent us home and three hours later we were called by the hospital saying we needed to go in for a second opinion because of concerns around our baby's brain.

"It was a two-day wait to get an appointment and I went into the room with a huge lump in my throat."

Doctors solemnly told Lauriann and her husband, Gavin, their baby had either a Blake's pouch cyst or the very rare Dandy-Walker Syndrome which would mean the child could potentially be severely disabled and need 24/7 care.

"My body went into utter grief and heartache. It was a very dark time," the 38-year-old Adelaide mum recalls.

"They had no hope for our little baby. They couldn't tell us what the life of our baby would be like. It was just a foetus that had no hope to them," Lauriann says.

As she approached 23 weeks, the cut-off for a termination, a team of specialists encouraged the couple to terminate.

"I said, 'absolutely not. Do not suggest it to us again. This baby is here for a reason regardless of a disability'. I told them it was a miracle I was even pregnant," she shares.

That was when doctors began to examine how stable they were as a couple.?

"It was invasive," Lauriann recalls. "They asked us about our mental state and whether we had a history of depression, what our support network was like and how we were as parents as well as our financial situation.

Monthly ultrasounds were done, which consistently showed a large cyst in the baby's brain and the cerebellum was underdeveloped.

Their miracle pregnancy, after two miscarriages, turned into weeks of fear. Doctors were unable to even confirm if the baby would survive to be born.

"Our baby, in their eyes, seemed like a guinea pig for them," Lauriann explains. "They couldn't put me in touch with any other families, because most terminate when they get a diagnosis.

"It was very lonely."

Doctors insisted on performing an induction at 37 weeks so they could start testing as they feared the longer the pregnancy continued, the greater the potential for more damage to the brain.

However, Lauriann again resisted all suggestions from the professionals.

"I was not comfortable with that. I knew the safest place for our baby was to remain in the womb," she says emphatically. "I questioned a lot and spoke up. At 38 weeks I said no they weren't touching her."

The couple then had their final ultrasound.

"The cyst remained, along with underdeveloped areas of the brain", Laurian shares. "My husband asked if our baby would recognise us and be able to feed. We were told it was very unlikely."

READ MORE: The best Black Friday savings on all your baby and toddler needs

At 40 weeks, Lauriann was told she had to have the baby, but she didn't turn up for the induction.

"I told them, 'I'm the mother of this child and I'm not ready'," she says defiantly.

"My desire was to have a natural birth, but they were reluctant; they wanted full control.

In January 2021, at 41 weeks, Lauriann enjoyed a long beach walk and went into labour. But it was four days of prolonged labour.?

On day three she went into hospital and had a stretch and sweep which broke her waters.

Twenty-four hours later she was still labouring and although nine centimetres dilated, she didn't get to the stage of pushing.?

Exhausted Lauriann consented to a caesarean, which she says actually saved her life as it turned out she had placenta accreta.

Doctors had to reach up inside her to separate the placenta from the uterus and put a balloon catheter in to stop the bleeding.

"I lost four litres of blood after my little girl was born. If I'd have birthed naturally, I would have died," she reveals. "I was in and out of consciousness, but what kept me going was the fact I was holding my baby for the first time.

"It was five years of longing for a baby. That was all I focused on."

"Savannah latched on instantly and I started to breastfeed. The room went silent. I had tears of joy and just looked at her and said, 'she is perfect'."

The APGAR score was an incredible nine out 10.

When she was one-day-old, little Savannah had her final MRI.?

Twenty-one weeks after the initial ultrasound revealed abnormalities doctors found no trace of the Dandy-Walker malformation ¨C the cyst was gone and there was no evidence of abnormalities.

Surprisingly, after such intense scrutiny during the pregnancy Lauriann says no one from the team came to debrief or acknowledge her miracle baby. So, at six-weeks-old she took Savannah in and told them every baby's life is precious.

"I'm incredibly thankful I stood up for myself," the proud mum declares, hoping her story encourages other women to fight for their babies. "I want to be a voice for other women and show that the diagnosis is not always the end result.

"I feel utter joy in the life of Savannah and want to bring hope to other families when it can be an incredibly scary and fearful time." 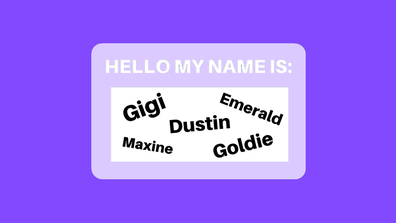