For many women, the moment they find out they are pregnant can be very overwhelming.

9Honey Parenting columnist, author and athlete, Turia Pitt has opened up about the "panic" she felt when she fell pregnant for the first time - and her concerns about becoming a mother.

"After my accident, I didn't know whether I'd be able to fall pregnant," the burns survivor tells 9Honey Parenting. "But then Michael and I started trying, and we actually got pregnant really quickly."

"I was more panicked than excited", Turia reveals. "I'm someone who is very planned and structured, so I wasn't ready for it."

The 34-year-old mum-of-two, who shares sons Hakavai and Rahiti with her high school sweetheart and fiance Michael Hoskins, also admits she was "worried" about the kind of parent she would be.

Watch the video with Turia in full above.

Opening up on her latest 'Letters' to her fans, Turia also revealed that she has been looking after her two boys 'solo' for the last six months.

"About seven months ago, Michael got a job as a helicopter pilot in Queensland," she wrote. "He got the job on the Tuesday, and by the following Friday, he was in Cairns."

While admitting she was "lucky" as she had help from family, babysitters and daycare, she still found the experience a challenge.

"Still, at 2am when Rahiti had woken up for the fourth time because he was teething or when Hakavai had a tantrum because I wouldn't let him watch another episode of Rainbow Rangers, there was just me," she revealed.

"So, I've found the past six months of solo parenting challenging and relentless, but also really bloody empowering." 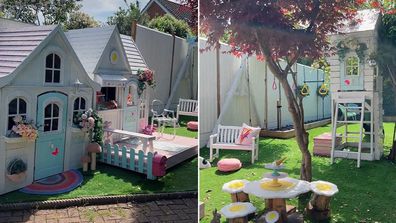