A driver has discovered a threatening note after paying for a street parking permit.?

The ?Redditer was visiting with family in Tennessee in the US, and had pre-emptively bought a street parking permit. Still, after finding a parking spot, they found a rude note left on their car when they returned to it by a displeased neighbour.

READ MORE: ?Six things we have learnt from Harry & Meghan, their new documentary after trailer release

The note, which was shared on the forum's 'Mildly Infuriating' thread, read: ?"Did you know that paying for parking somewhere is cheaper than fixing four flat tires?

"?Think about that next time you decide to dock your car at front [sic] of someone else's building for a week."

The note's author signed off the note with a black heart.

Another shared an equally disturbing experience.

"Happened to me once. Uncle told me I could park his car outside my house while I was staying in uni accommodation. Neighbour decided to have construction on their house and the workers slashed my tires and wrote on my windscreen to not park in front of a construction zone," they explained.

"Car was parked in front of my uncles house on public road. Some people just look for any excuse to escalate a situation.?"

Then there is this escalation in a neighbour's car park dispute.

"My grandpa had a hogging neighbour that claimed a certain spot was theirs. He bought the cheapest car he could find and parked it in that exact spot. It had sat there for about a year or so. Just to spite them," one shared.

One Redditer asked: "Did the writer of the note know its cheaper to mind your own damned business then to go to jail for destruction of property?"

Although at least one person sided with the note's author.

"It's a d--k move to park in front of a place where people live if you don't live there," they said. 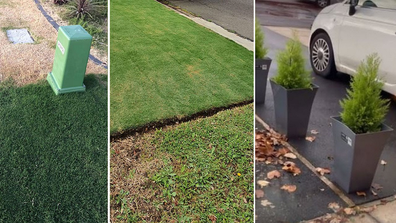