A? new dad is under fire after missing the birth of his firstborn child because he stayed at work.

Opening up about the ?situation on Reddit, the 28-year-old man sparked outrage after revealing that he chose to stay at his father's popular restaurant, where he is head chef, because he was worried about getting fired.

"My dad is a real a--hole, but he keeps me employed," the worried young dad explained. "The problem is he treats his employees pretty bad (including me) and if you even miss one shift you get demoted or even worse, fired."

The chef and his wife had been trying to conceive for three years and "were thrilled" when she finally fell pregnant and had been "preparing for months".

Despite this, when he got the call that his wife was in labour, he instantly knew his father may make it difficult for him to leave - even if he was about to become a granddad himself. ?

"I was in the middle of a very hectic shift on the busiest day of the week when my mother-in-law called saying my wife went into labour and I needed to get to the hospital right away," the new dad explained.

"When I asked my dad if I could go he said 'You can go if you're ok with being unemployed'."

The brutal response? left the chef concerned, as his wife was going to be off work for a while and a stay-at-home mum.

"The reason my dad was so mad at the idea of me leaving was because he was understaffed and really needed my help," he admitted.

READ MORE: The 'magical' moment that made Silje's triplets pregnancy 'all worth it'

And so the dad decided to stay at work, only rushing to the hospital after his shift ended, much to his wife and her family's shock and horror.

"My mother-in-law and her sisters refused to let me in the room and called me names like 'a bad father and a bad husband'," he wrote. "When it was time to leave the hospital, my wife and newborn went home with my mother-in-law and they haven't spoken to me in days, even when I try and apologise and explain myself."

The dad said he "thought he was doing the right thing", but the Reddit community were outraged - and slammed his decision to miss the birth.

READ MORE: Baby steps: how to help your toddler prepare for a new sibling?

"You missed a once-in-a-lifetime moment and weren't there to support your wife during birth over a job at a restaurant? Get a new job," declared one person.

"Here's a newsflash, lots of restaurants need staff," said another. "You should have gotten out from under your father's thumb a long time ago before it affected your wife and child. You have a lot of grovelling to do. A LOT."

"Grovelling?" commented another. "I'd be surprised if he isn't being served divorce papers You just let her go through potentially the most traumatic experience of her life without him, just so his dad wouldn't be upset with him. She and baby are not your first priority even if it's potentially a life and death situation."

Others also condemned the grandfather's behaviour.

"You need to start looking for a new job, immediately. Your father is toxic."

"I honestly feel sorry for you. You are going to regret missing that moment for the rest of your life. It's not something you can take back. All for what sounds like an awful job with your admittedly bad father."

"Well, your dad's the a--hole and you're a coward or just a doormat."

This should have been a wake-up call to get out of there and see the birth of your daughter," said another. "There's no going back from this." 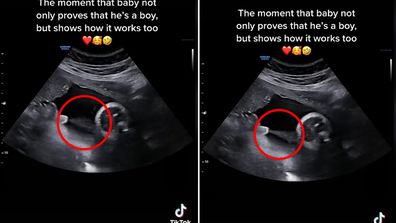