A? five-second-long viral clip of a child riding his bike has ignited fierce debate amongst popular UK public figures. Why? Because the child was riding through oncoming traffic.

Although the child was ultimately unharmed, ?many people were concerned by the footage, showing an oncoming car barely squeezing by the child who was driving in the middle of a crowded road, with parked cars on either side closing them in even more.

The father of the child filmed the potentially dangerous situation from his bike, which he was riding behind his son, sharing to Twitter, "How can we expect parents to let their kids ride to school if this is how their neighbours drive towards them?"

READ MORE: Harry and Meghan left out of key events

"He's five by the way and this is 100 metres from his home. This is what happens when you don't provide safe cycling infrastructure around schools or on the way to schools.

"Today it was my child but it could easily have been yours or anyone else."

UK TV personality Jeremy Vine, who is also an avid cycling advocate, reposted the video, asking his followers to "Take a look at this video of a five-year-old cycling to school. He's being recorded by his dad behind. Look at how close this car approaches the child.

"Who is in the wrong? Is it the five-year-old, or is it the driver of the Ford?"

While he received many responses, the one that infuriated him the most was from the former ?Home Secretary of the UK, Sajid Javid, who simply replied "The five-year-old's father."

The heated Twitter debate eventually resulted in Durham Roads and Armed Policing themselves responding to the backlash with the facts.

"In law, all have equal right to be on this road. In the hierarchy of road users, the cyclist is graded higher because of their vulnerability.

"The child cyclist is safely dressed and clearly visible in the conditions. The child cyclist is more unpredictable as a road user because of their age. The car has more than adequate space to stop / slow / give way. Squeezing past as they did is inexcusable," they said in a tweet.

"No doubt many of you will disagree, as is your want. However, you are victim blaming / shaming a child for the actions of a car driving adult. Cars do not, have not & will not, own the road,

"Slow down. Pay attention. Respect all others on the road. And don't blame kids for the actions of adults," they reminded their followers. 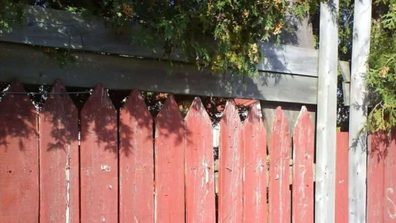