Parents may not always be aware of the potential dangers in online gaming worlds. Stakes are high and strangers are plentiful. This perfect storm lays fertile ground for cyberbullying.

With more than 80 per cent of eight to 17-year-old Australians taking part in online gaming, it is a danger that cannot be ignored.

In response, the world's first 'kind' gaming tournament will be launched on Thursday in an effort to bring awareness to and curb cyberbullying in the gaming community.

Gamers around the country will take part in what has been coined a 'Kind Royale' where gamers will be rewarded for their politeness. The most polite gamer will take home over $3000 in prize money. Kind Royale is a play on the popular term battle royale in which the winner is the 'last man standing'.

The Kind Royale will be hosted by Australia twitch streamer Nova, who has amassed over 160,000 followers. Alongside Nova's 'kind commentary', gamers in the tournament will be playing Fortnite.

Nova is passionate about this project as he too has been on the receiving end of cyberbullying in an online gaming environment.

"It's a sad reality that majority of people I know in the gaming community have either experienced or witnessed in-game cyberbullying. We spend on average six hours a day gaming, so the effects can quickly become toxic.

"Kind Royale is an opportunity for us to lead by example and show the next generation of gamers how positive the gaming community can be," Nova said.?

A recent UK study found that one in two online gamers have been the victims of cyberbullying in the gaming community. This is a widespread issue with little to no moderation.

"Sometimes you play these games with kids that are between the ages of 4-8 years," Nova said on the issue of children in the online gaming world.

"I had one supporter today tell me that his son loves to play, but it brings him to tears and that makes his dad sad too.

"That's one of the most heartbreaking things I've ever heard - a young kid showing up and just getting abused. He doesn't even want to look at it anymore."

Project Rockit and Click MGMT hope to turn this around by encouraging a more safe and welcoming environment for kids and teens in the online community through their 'Kind Royale'.

The game will be streamed on September 1, at 5:00pm AEST, via Nova's Facebook page. 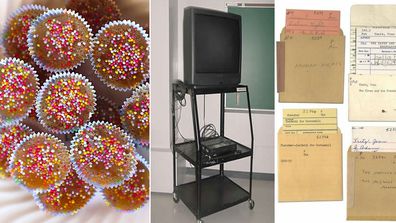