A mum was left feeling 'betrayed' and 'humiliated' after finding out the inspiration for her daughter's name came from a comic book.

And it's left her husband confused as to why it matters where it came from, considering they both agree it suits her.

Sharing the situation on Reddit, the man described how he and his wife went through a rigorous vetting process to whittle a long list of names down to their top four.

After writing names they liked on a whiteboard, they scrubbed off any they didn't agree on. Knowing they wanted something that sounded pretty but was neither too traditional or unique, they felt one name stood out: Laurel.

He suggested the name, he continued, but never explained its origin. So when his wife's aunt enquired where he heard it, his answer surprised both women.

READ MORE: 10 things every parent needs to know before welcoming a new baby

"?I said it was from a comic book. My comment sucked the life out of the room. My wife got quiet. Her aunt was giving us looks," he shared.

"After my wife's aunt left, my wife was mad. She asked why I hid this from her. I didn't. We both wrote dozens of names on that board. I wasn't thinking about it. I didn't even realise I never told her where I saw the name until now. She thinks I betrayed her trust and humiliated her."

Many people agreed with the dad.

"She never asked. If it not Magneto or Shehulk I don't see a problem," said one. "Both my first and middle name inspired by a comic book character and it's never impacted me in anyways except people compliment it regularly and sometimes assume I'm male," added another.

"You can name a second daughter Willow and say it's from the trees too, but really it's from Buffy," joked another.?

Others said it was tame by other names they'd heard.

"I know an unbelievable amount of unusual names from over 10 years of teaching. Names from medicines, various terms from royalty, obscure gods and goddess, uncommon animal names," said one.

READ MORE: Turia Pitt reveals what shocked her most about motherhood

?Others said they could see why his wife was upset.

"Your wife may have thought you put very little sentimental value in it because of that. The best way I can describe it is as if you are sort of playing dress up with your child, but with their name? Like you aren't taking them seriously as a living being, but more as an extension of the hobby?," suggested one.

In an update the dad explained they'd found a new meaning to tie the name too, saying Laurel was a type of tree which were used to make wreaths in ancient Rome and they'd opt for this story from now on.

?"She had me call her aunt and apologise for 'joking with her' and tell her that the name was actually inspired by this historical factoid. And now my wife isn't mad anymore," he said. 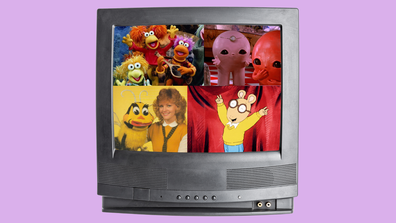