When my children were young and we were out somewhere in public, every now and then, a well-meaning stranger would come up to me and say 'Enjoy them while they are young.'

It usually happened when either myself or one of my children were at their worst.?I was either wrangling an unruly baby into a car child seat, begging a tantruming toddler to leave a park, or dragging a motionless child down a supermarket aisle.

I was clearly flustered and obviously not enjoying motherhood at that precise moment.

While I did not have the strongly negative reaction of some people (we have all read that this tops the list of what NOT to say to parents of young children), it was often hard to muster a smile when one of your kids had just kicked you in the shin because it was time to go home.

Others would tell you that before you knew it your child would be all grown up and moving out of home.

I would muster a smile and not let on I was secretly wondering if it was too soon to start packing their bags.

But more and more often, I am that person imparting these exact words to strangers. I am now the one telling the harried mum that the difficult phase she is going through will soon pass.

Even my husband tells strangers as they walk past with a child in a pram or a toddler on their way to the park, "It seems like only yesterday my son was that age."

He used to add that parenting got harder instead of easier as kids got older until I reminded him parents don't want to hear that. They just want to get through the day, the week, or the month they are in.?

They are trying to master whatever phase of parenting they are going through, whether it's getting them to sleep through the night, take a bottle, eat solids, nappy train, or learn their sight words.

And just when you start to get a handle on that phase they grow past it and you are onto the next.

Parents sometimes feel like we are on a runaway train. With no manual, and no idea how to operate it. Just madly hanging on with white knuckles as we round the blind corner ahead and hope no one gets hurt.

And maybe we hold on so tight and are so worried about what's ahead that we forgot to release our grip long enough to take a breath, to look out the window and enjoy the ride.

Because I am here to tell you. It really does go by that fast.

"Parents hold on so tight we forgot to release our grip long enough to take a breath, to look out the window and enjoy the ride."

So what sparked this realisation? My firstborn turned 18 last month.

And it really does seem like only yesterday we were at the hospital, preparing to give birth. Or at home with a newborn attempting to breastfeed and get him to sleep. Or he was four months old and feeding when he suddenly gazed up at me and smiled as a mouthful of breastmilk dribbled down his chin. Or he was calling out in the middle of the night to replace his dummy or come for cuddles in our bed. Or he was kissing my pregnant tummy as we awaited the birth of his only sibling.?

The list is long. And if all this happened 'only yesterday' then it must be an hour ago he started Kindy or a minute ago he walked into high school for the first time. A second ago he got his Ls. Now he grabs the keys, walks out the door and drives off with hardly a goodbye.?

As I was making last-minute preparations for his 18th birthday party I passed a couple with a baby in a pram. A short time later we found ourselves sitting side by side at a photo kiosk.?

They were selecting photos of their baby son, and I was trying to print one of my son, dressed in a suit, taken the previous week before his first trip to the races.?

When I rushed back 20 minutes later to collect the print from the clerk, they were there. As I took out the photo to inspect it, I found myself saying, "You see that little baby there. I had one just like that and tonight's his 18th. It goes by in a minute."

I flashed them the photo of my son, looking handsome and oh so grown up, as I choked back tears.

"Oh, I'm going to cry," said the young mum, as she looked between the photo of my son and her own infant son in his pram.

So, to the mums who are in the trenches with young children. I know it's tough. But believe me when I tell you, it will pass in the blink of an eye. And you will wish you had listened to those well-meaning strangers who tried to warn you. 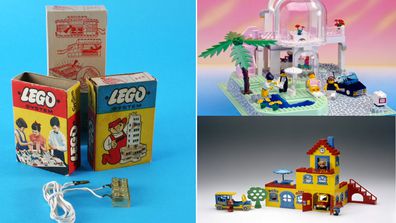