Taking care of six kids is no easy feat. So it's understandable why parents with large broods would run a tight ship: that many kids and no rules would only breed chaos.

So when US mum Sharon Johnson took to TikTok to share the four rules she lives by with her children, it seemed a perfectly average post.

The four rules, however, have divided opinion, with even Johnson admitting they are a little 'weird'.

There are no rules delegating tasks, or eating dinner before TV or any of the standard 'keeping kids in line' rules.

READ MORE: Ryan Reynolds opens up about being a dad

Instead, Johnson opts for an unexpected mixed bag of very specific orders.

They are:
'No playing with friends on Sunday'
'Two years of piano classes minimum';
'No homework until you're in junior high'
'No singing at the dinner table'

Captioning the post: "Being a parent is weird. Never thought I'd be a 'no singing' rule?," many followers were left confused.

"I will always find it really weird to force kids to learn something even if they have no interest in it," said one. To which Johnson replied: "It's like maths or reading. It's a life skill that will serve them in one way or another down the line."

When asked why her kids don't do homework or see friends on Sundays, she explained further.

"Studies show that homework in grade school helps kids in no way," she argued, adding: "It's family day! We have a giant brunch and go do something epic as a family."

Surprisingly the 'no singing rule', - one she carried over from her own childhood, had the most support.

"Hahah I have 14 siblings and we also have a no singing at the table rule. I have no idea why?," said one.

"When I was a nanny we had a no singing at the dinner table rule. One kid loved to make up songs and they could literally last half an hour," said another. ?

?"A few years ago I would have thought the no singing was crazy, but four kids in and I GET IT. Only instrumental music allowed during meals," agreed a third."

Another person added: "I find number one shocking".

READ MORE: 'Scariest day of my life': Mum's warning to other parents

Unable to display TikTok on this browser

?The no-homework rule proved divisive. While some were all for it, others argued it would be too hard to suddenly introduce this later on.

"Waiting until high school isn't going to work. Instead of little steps of responsibility they're (going to be) faced with six homework assignments in one night instead of two things every other day, which shows them responsibility?." said one.

In a follow-up video, Johnson elaborated on her piano rule, saying it was a matter of 'practicality'. They already had a piano, she said, and being on a tight budget this meant her kids could learn the basics of music without having to spend money on multiple new instruments. 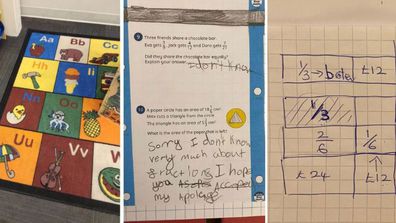