Most people will agree that taking your child to the doctor is no fun. Add a long spell in the waiting room and it is often a recipe for disaster.

But a mum has been left gobsmacked by the dressing down she received for letting her two-year-old walk around and "babble" quietly while waiting to see a doctor.

And when she asked the internet for advice, most agreed she was the one in the wrong.

A woman took to Reddit's popular "Am I the A--hole" column yesterday to ask if she was wrong to let her son play in the waiting room at the doctor's office.

The woman explained she took her two-year-old son to the doctor because she was sure he had an ear infection.

She said there was no play area for children, but as she goes "pretty frequently" her kids know the routine and what they can and can't do, adding they're "allowed to roam the room without bothering other people or yelling."

"They like to do typical kid things like walking in circles around empty chairs or looking at the art on the wall and tell me what shapes are there," she said.

She said there was only one other woman in the waiting room, who was about 50.

"So while we are waiting, my little son is doing his typical thing," which consisted of "walking around an empty chair near me and babbling."

She said he was not being loud as she considered this "unacceptable behaviour" but was saying things such as 'star' and 'circle'.

"Now, let me add that when there have been other people, as long as he follows my rules, they don't seem to be bothered by it," she said.

"This woman begins to huff and sigh and seem very irritated. I thought maybe it was the wait time since it was taking a good minute for either of us to be called back.

"Then the woman kind of hissed, 'I can't believe people let their kids act like that.'

"I asked her if she was annoyed by my kid and she said 'Yes, he's so loud! He should be sitting quietly!'. I told her 'Ma'am he's two, he's not hurting anything or screaming, he isn't near you.'

"She got all huffy and told me 'You need to be a better mum and control your son!'"

The woman said she was "floored" by the response, but as they were called to see the doctor moments later she "just got his bag and him and went back" but added, "I'm not gonna lie, I really felt like crying."

She asked Reddit users if she was out of line to let him walk around instead of making him sit still.

More than 4000 people have so far voted, ?with over 90 per cent agreeing the mother was in the wrong.

"When he is sick, keep him close ˇŞ you don't want him to infect others," said one, while another said, "Kids are little Petri dishes and you never know what they have or how serious it might be. You should keep your sick little one contained."

Another commenter pointed out they didn't know why the older woman was there and could have noise sensitivities.

"I went for hearing issues once and two little old ladies were having a conversation just outside the large waiting room. I was at the other end of the room and it physically hurt my ears," said one, adding, "If the doctor doesn't have anything to occupy your kids, take something and make sure it's quiet."

"If you know this doctors office doesn't have any play area for kids then have a few bits with you for kiddo to play with. I think it's insane to expect a two-year-old to sit still and [be] quiet in an environment like that, but letting them roam around isn't great either," said another.?

Another commenter said the woman could be immunocompromised and worried about catching a contagious illness.

But others felt the woman was out of line.

"The woman didn't complain about the kid walking around. It was literally about him talking. It isn't a library," said one.?

"I totally agree," said another. "I literally cannot see the problem with the two-year-old pootling about. It's not like they were licking the other patient!"

In follow-up comments, the woman said her son ended up having a double ear infection and respiratory syncytial virus (RSV), and she felt "really bad for letting him walk around" and possibly infect others.

She accepted that she had "screwed up" in this instance and in future she would "make sure to occupy him" in the waiting room so he wasn't wandering around. 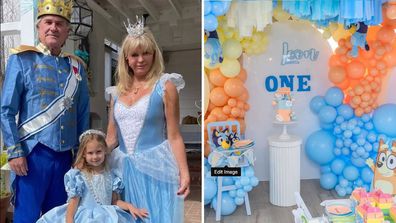