I usually travel with my two kids in tow, so I'm a very 'aware' passenger, often apologising for my children kicking the seats in front of them or my toddler having a tantrum when I pass her a snack she no longer feels like (I know, the audacity of me).

So, as you can probably imagine, it's not often I even notice the behaviour of those around me, let alone be bothered by it because, after all, it's never worse than what's going on in my row. But on a recent flight from Sydney to Melbourne, I was what you might call a little peeved.

I was travelling with just one of my children and, to call a spade a spade, it was the better-behaved one, so I was feeling slightly smug. I was also very much looking forward to a flight with just one child and perhaps even opening a book, but the gentleman next to me was going to have none of that.

As soon as my daughter and I sat down we couldn't help but notice, or shall I say hear, that he was playing a TV show very loudly from his phone. With no earphones. No earpods. Nothing. Surely he was just watching something until his seat-mates sat down, right??

READ MORE: Should we rethink the amount of school holidays kids get?

He continued to watch the series, at a very loud volume, for pretty much the entire duration of the flight. This was despite several looks from me, and by several I mean, approximately every 30 seconds or so, and in spite of my seven-year-old daughter saying at the top of her voice with absolutely zero tact ¨C all while wearing her headphones as all good passengers do ¨C "I am so sorry you have to sit next to that man, Mummy." Yes he heard, no he didn't care.

READ MORE: Three-year-old's rash was a sign of serious illness

Yes, I'm aware this is a first-world problem, but am I also aware of my manners? Yes I am. Since when is it acceptable to watch your phone/iPad/laptop on a flight with no headphones? Surely this is not OK?

I mean, if you're a child you get a pass ¨C I won't let my kids do this, but I get that some kids kick up a fuss and as a parent you need to do what you need to do. I get that, so you go ahead and let them watch Peppa Pig or Bluey without any judgement.

But a grown adult man? Come on. Take your cues from a seven-year-old and use your manners.? 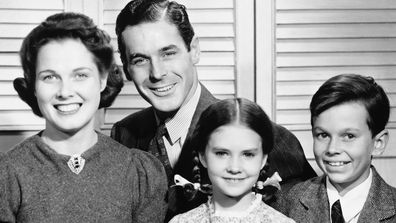