Giving birth to your first child should be one of the happiest days of your life.

But for one new mum in the US, the recent arrival of her firstborn saw her land in hot water with authorities over suspected drug use ˇŞ all because she ate a common breakfast item.

Caitlyn Marie Ricci, of the US state of New Jersey, took to her TikTok account recently to explain the bizarre circumstances and to issue a warning to expectant mums.

READ MORE: US study shows link between caffeine and a child's height

"I just wanted to share a little bit about my experience because I don't think anyone should have to go through some of the things I went through," she said in her video.

?Ricci, who welcomed her first child last month, said she arrived at the hospital to be induced at 39 weeks and was asked to give a urine sample.

"They drug test you in New Jersey at hospitals, which is not a big deal. [I] wasn't worried about it," she said.

?"So they come back and tell me that my drug test [is] positive for opioids. Opioids! I was like, 'No, definitely not. Did you mix my sample up?' I'm very confused."

She said when the nurse mentioned poppy seeds, she and her husband realised they had eaten bagels that morning.

"So they said, 'Totally fine, this happens. We have seen this. We are going to test the baby when he is born, and if everything is clear, all good, you're totally fine'."

Their son eventually arrived after 40-hour labour followed by an emergency Caesarean and was drug-tested.

She said as it was now considered a 'child neglect case', she had to be interviewed in hospital by child protective services, before she was then told ?someone also needed to go and check her home "before I could even leave the hospital with the baby."

But her ordeal still wasn't over.

She was then told the official would need to go and do a home visit before she could leave the hospital with her baby [and] that she still had to go back to the hospital again once the baby was home.?

She also had to take another drug test four days after the baby was born. ?

"This is something that can potentially happen and... I would have skipped the bagel had I known this was going to happen," she said.

Ms Ricci's video has been viewed more than 44,000 times and has racked up almost 3600 views and hundreds of comments.

"That's freaking insane. I would be livid," said one. "My BIL works for the government and refuses to eat anything with poppy seeds in it. I always thought he was being dramatic," said another.

Some people even shared similar experiences. "This exact thing happened to me! Straight traumatising!" said one.

Another wrote, "One woman's baby was taken away for three months because she ate a poppy seed muffin the day she gave birth. Terrifying.?"

"I just had a nearly identical experience with my son's birth three weeks ago. It ruined so much for me it hurts."

Poppy seeds come from the seedpod of the opium poppy. When harvested, the seeds can absorb or become coated by opium extract, which is used to make opioid drugs such as morphine, codeine and heroin.

Although poppy seeds are cleaned before processing for baking and cooking, they may still contain trace amounts of opiate residue that can be picked up in a drug test. 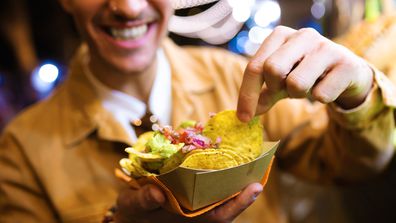