A new study looking into screen usage in teens has found parents could be partly to blame for them developing addictive behaviours.

The study, by researchers at the Hamad Bin Khalifa University, Qatar, found kids are often modelling their parents' own ?screen habits when it comes to spending time online.

As part of the study, 168 parents of adolescent Qataris were asked to fill out a questionnaire about their own and their children's behaviours.

What they found was a link between how addicted parents reported they were to screens, and how compulsive their childrens' behaviour was.

Frequent arguments about a teenager's internet usage was a 'strong predictor' of their developing an internet addiction (IA).

READ MORE: Ryan Reynolds opens up about being a dad

The prevalence of IA, which they defined as excessive use with accompanying psychological difficulties (such as preoccupation, withdrawal, tolerance, lack of control, among others) had increased since the lockdowns and social isolation sparked by Covid-19, they found.

Given the negative impacts of IA, such as loneliness, a decline in academic performance, depression, anxiety and sleep disorders, they argued more needed to be done to address the condition. Which started with parents addressing their own habits.

"In light of our results, it may be beneficial for parents to play a role model in technology use and have more productive discussions with their adolescents about it."

The first was to focus on bonding, ?finding the teens most at risk of these behaviours had a 'low level' of emotional engagement with their parents. Interestingly, this was seen both across parents who took a hardline approach to try to curb their usage (i.e. turning off the Wi-Fi) and more lenient/permissive styles.

Secondly they advised setting goals with your child around screen usage and consistently working towards, talking about and reviewing these as needed.

Allowing teenagers to have some control over these limits was also found to be beneficial, ?as was involving them in conversations around cutting down your own usage.

READ MORE: 'Scariest day of my life': Mum's warning to other parents

Researchers also found parental controls to monitor usage were ineffective, saying these were too limited in their capacity.

Instead, they suggested taking a holistic approach to curbing or treating IA, in which parents play a key role. ? 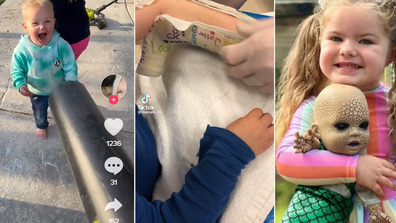