David and Victoria Beckham are known for the incredibly close-knit family they have created with their four children, and regularly share snaps of their brood.

Now, the equally close bond shared by the siblings has been put on display in a touching letter Romeo Beckham received from little sister Harper.

As he prepares to move to Holland for his football career, the second oldest Beckham, 20, took to his Instagram Stories to share the handwritten note she penned, which moved him to tears.

?The note, written on fluro green paper began, "Dear Romeo. I hope you have so much fun in Holland. I will miss you. I am so proud of you and your football.

"Well done. I am so happy and thankful that you're my older brother. I am the luckiest person EVER. I love you with all my heart. Love: favourite child (AKA Harper)."

The 11-year-old ended the note with love hearts, crosses and hugs.

Romeo uploaded a photo of him holding the note. Across the screen was written "Harperrrrr" and two sad face emojis.

READ MORE: Woman blasted for flying with her child in first class?

Beckham has appeared the most likely to follow in his famous dad's footballing footsteps. He has played and trained with several clubs, including the one his father co-owns in the US state of Florida.

It was announced just last month he had moved to English Premier League Club Brentford FC, but it now appears he is headed to one of the Dutch teams to further his football career, although no announcement has been made about the move, prior to the letter being made public.

The couple's third child Cruz, 17, appears to be following in the former Spice Girls footsteps as a singer.

Their eldest son ?Brooklyn, 23, now lives in the US after marrying Nicola Peltz.

He has denied rumours of a rift between his new wife and his fashion designer mum, which was partly sparked by the fact she did not wear a wedding dress from her fashion house.

?Victoria Beckham was recently forced to hit back at suggestions she sexualised her daughter by dressing her in a black lace dress with a cut-out at the front for one of the shows at Paris Fashion Week. 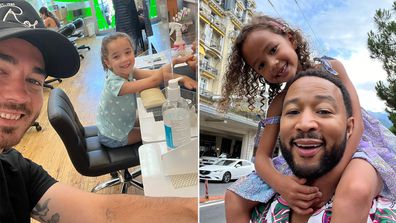