One woman has experienced the shock of a lifetime when she unexpectedly went into labour mid-flight.

When Kendra Rhoden boarded a flight to the Dominican Republic last month, she was seven months pregnant and about six weeks out from her due date.

"While I was asleep, I felt something kick me in my stomach and then my water broke," Rhoden added.

Rhoden's sister, who documented the majority of the ordeal on TikTok, said that a number of nurses leapt to help Rhoden as she went into labour.

Whilst Rhoden said the flight attendants advised her not to push, the baby was coming quite quickly and was ultimately delivered mid-air.?

Rhoden told the local news station that she has picked an apt name for her new baby boy, 'Skylen'.

Her sister, Kenda, said on TikTok that after landing in the Dominican Republic, Kendra had to wait close to 7 hours to be seen by medical professionals. The entire time - Kendra's placenta was still intact which can be potentially dangerous.

Kenda also put out a video thanking all the nurses, by-standers and plane staff for their help in delivering her sister's baby under extenuating circumstances.?

"Thank you. We appreciate you for all the hard work you did that day because we know how things really could have went left," Rhoden's sister said.

After spending several days in the hospital in the Dominican Republic, Kendra and Skylen have returned back home to Connecticut in the U.S.

The local news station confirmed that despite being born mid-air, little Kylen is an American citizen. However, on the little one's emergency passport, his place of birth says 'in the air'.?With this, it seems that little Skylen is born to be a jetsetter. 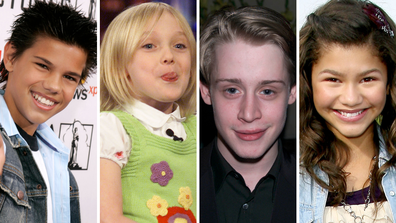