Prince Harry has donned a superhero costume for a cause supporting real life heroes.

In a video message played at the Christmas party for children's charity, Scotty's Little Soldiers ¨C which aims to support children who have lost a parent in the British armed forces? ¨C Harry, dressed as Spider-Man, gave instructions to the children, who were told to defeat five villains who were trying to ruin Christmas, in line with the party's "Heroes and Villains" theme.

Harry encouraged the children to defeat the villains, telling them, ?"Use your teamwork, your brains, and your brawn and you do exactly that... Find them, and don't let them ruin Christmas."

READ MORE: Why Rachel decided to be a surrogate despite never wanting children of her own

The Duke of Sussex also had some advice more grounded in reality for the children.?

"Christmas is a time when we miss our loved ones really, really badly. And that's okay. But, at the same time, it can be possible to feel guilty for having fun without our parents," he said.

"But I'm here to assure you that our parents always want us to have fun, okay? So don't feel guilty. You're allowed to have the best time ever, especially with the Scotty's Little Soldiers community. So go out there, have the best time, and Merry Christmas."

Scotty's Little Soldiers is a charity that was set up in 2010 by ?Nikki Scott, whose husband, Corporal Lee Scott, died in Afghanistan the year before. Harry had first learned of her cause after meeting her at the Party at the Palace back in 2017, with he and Meghan Markle choosing the charity to benefit from their wedding one year later.

The charity aims to support children and parents through their grief through education, group events, and gifts.?

Prince Harry can relate to the children on many levels, not only having served in the British Army himself, but also having lost his mother, Princess Diana, at a very young age.

The kids found it amazing that the royal can relate to them, with 12-year-old Emily Reynolds commenting, ?"It's cool that someone who's been through the same experience as us is thinking about us."

Reynolds, who lost her father Sergeant Antony Reynolds in 2018, says Harry is "not just someone who's trying to be sympathetic, he actually knows what it's like to grow up without your parent.

She said: "My friends think it's really cool that I get letters and messages from Prince Harry." 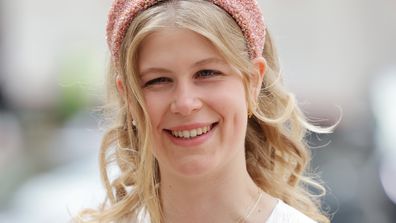 Royals with real jobs: From the palace to the workplace
View Gallery