T?his week, my son has embarked on a rite of passage undertaken by thousands of teenagers before him: Schoolies.

It has seen him travel thousands of kilometres to an overseas destination. It is not only the furthest away he has even been from me, but the longest amount of time we have been separated. And I am not OK.

In fact, it feels like a part of my heart has been ripped from my chest and is beating on its own somewhere far, far away.

After more than 18 years of being a mum, HIS mum, I have had to let go.

Yes, there are stages of this untangling from your child. At first when they are small they stay with babysitters briefly here and there, then childcare for a day. Maybe a night at their grandmother's before they head off to big school.

Then there are play dates, their first sleepover at a friend's house. Pretty soon they go off to school camp for a night or two. You get used to having no contact ¨C something that seems so foreign at first ¨C but you are safe in the knowledge they are surrounded by caring professionals.

Then they are teens who are going out for stretches of time on their own. ?Sometimes short, sometimes long.

But mostly, thanks to the wonders of modern technology, mobile phones and apps that track their whereabouts, you can keep tabs on where they are and when they will be home.

The later teenage years bring a further untangling of the apron strings, and the heartstrings.

READ MORE: The on-set accident that brought Heath Ledger and Michelle Williams together

Texts and calls go unanswered. Late night pleas to check in are ignored sometimes for hours on end as you lie in bed, awake, fearing the worst and imagining the unimaginable reasons why they haven't come home or at least replied.

When they walk in at 4am you are equal parts relieved and angry but kiss them on the head and go to bed, finally able to breathe.

So this week has been a masterclass ?in letting go, whether I wanted to or not.

As he kissed me goodbye at 4.30am to head to the airport almost a week ago, I told him I loved him, to stay safe and have lots of fun, but asked him to check in.

I had joked we would not hear from him unless he ran out of spending money but had hoped that would not be the case.

My husband told me to give him space, so I tried. But by that evening when I was sipping ros¨¦ with another Schoolies mum and she received a message from her son, I fired off a text. It elicited a brief response, 'Pardon,' before silence fell again.

The days that followed were hard. My pleas for a simple message letting us know he was alive went largely unanswered.

I worried about everything. Was he applying sunscreen, wearing a hat, staying hydrated, waking up in time to go for breakfast, eating enough, eating at all? All the things I spent his childhood micromanaging were no longer within my grip.

?I had lost all control. He was more than 3000 kilomotres away but the distance between us felt even greater.

Other mums lamented they had little contact with their sons, but had heard the girls were much better at staying in touch and posting their adventures on Instagram.

So I began the stalk and was able to gain a few snippets of what was happening in the resort. I started following the tour operator, ironically called Unleashed Grad Trips, in the hope I might catch a glimpse of him in the crowd of revellers.

I was reminded of the movie Proof of Life ¨C the title of which refers to a phrase used to describe sending proof, usually a photo, to confirm a kidnapping victim was still alive. How I longed for a photo?.

Finally, a video appeared via WhatsApp and my daughter and I squealed with delight.

This week has been a masterclass ?in letting go, whether I wanted to or not"

As hours and whole days went by with no contact, I lamented how strange it is that the mother-child dynamic changes so quickly. I went from being his favourite person in the world to someone he could seemingly forget about for days at a time. When a message finally came through, "Hey Mumma, how are you?" my heart almost burst. Then nothing.

So for days on end, I have been left waiting like a love-struck teenager for a message from the boy I like, wondering if he still likes me too. ?And hoping we can take up where we left off before he went on this adventure.

The apron strings and heartstrings might have stretched 3000 kilometres, but they are still there, tying us together. And not even Schoolies could break that bond. 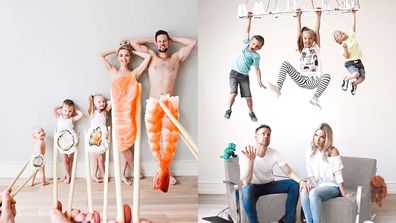