Common household items, including over-the-counter pain medications, were the leading cause of poisonings in children last year.

Information supplied to 9Honey Parenting shows the NSW Poisons Information Centre received more than 50,000 calls relating to children under the age of 15 in 2021, with common medications and household items to blame.

The figures showed paracetamol and ibuprofen were the two leading causes of poisonings among children and adolescents in 2021, closely followed by hand sanitiser.

The NSW Poisons Information Centre located at Sydney's Westmead Hospital operates 24 hours a day and is staffed by health professionals who provide toxicology advice to the general public and medical staff treating poisoning patients in hospitals.

NSW Poisons Information Line senior poisons specialist Genevieve Adamo said there had been a marked increase in calls to the hotline since the start of the pandemic.

Paracetamol resulted in the most calls relating to children in 2021, with 3139. Ibuprofen was next, with 2026 calls. Hand sanitiser was third on the list, with 1380 calls, jumping up from fifth place.

A range of cleaning products also made the top 10, with automatic dishwasher detergents generating 820 calls, closely followed by all-purpose/hard surface cleaners with 815 calls, and toilet bowl cage/rim cleaners, which resulted in 805 calls.

Multivitamins were next with 682 calls, while desiccant/silica gel, which is commonly found in those little packets inside shoe boxes, resulted in 621 calls.

Ms Adamo said calls about paracetamol and ibuprofen were often the result of parents giving the wrong dose, double dosing, or using the wrong strength medication for the age of the child.

She said parents often had multiple medications in the cupboard to treat children of varying ages and simply "grab the wrong bottle."

"We also see children getting into the paracetamol themselves. Kids can get into the medicine cupboard, or it might be a parent has given a dose in the middle of the night and left it out near the child's bed and the next morning the child has polished off the rest of the bottle."

Often these mistakes happen in the middle of the night and parents are distraught when they call the hotline.

She said while paracetamol was in almost every home, paracetamol poisonings were very complex to manage and sometimes required hospitalisation.

"Fortunately, most of the cases we can leave at home for observation with what to look out for," she said.

"Other times we need to do a history and calculations. If they have polished off the whole bottle we will get them into hospital and do some blood [tests].

READ MORE: Expert reveals the signs to look out for if your child is being bullied

Ms Adamo said poisonings relating to hand sanitiser amongst children doubled between 2019 and 2021 because it became so accessible during the pandemic.

"There has certainly been a percentage of people who have accidentally ingested it because it was in a bottle that looked like a drink bottle," Ms Adamo said.

She said parents could take steps to prevent this happening.

"Actually dispense it into their hands and watch them rub it in. Do not give it to them to do," she said, adding in most cases, hand sanitiser did not even need to be used inside homes.

"Hand washing is actually much better. We do not need to have large amounts of hand sanitiser in the house. You only really need it when you are out and about."

Ms Adamo said whether a child needed medical attention depended on their age and how much they had ingested.

"It can cause intoxication very rapidly," she said.

"A very small exposure, say a lick off a hand, we would say monitor that. The problem is when they consume an excessive amount," she said, adding a "few squirts" of hand sanitiser could cause intoxication.

"We have had a number of children who have ended up very unwell in ICU in hospital because they have ingested too much," she said, adding all had recovered.

She said parents and carers should call the hotline for advice even if a very small exposure occurred so they could advise what to look out for.

Ms Adamo said almost all the calls they received relating to multivitamins were children's gummy vitamins.

"We get calls where a child has polished off a bottle of 90," she said.

"They will be sitting on the floor with their little sibling and feed them to them.

"It's something that a lot of people don't think about but they are medicines. Most of the time, they are not even needed."

If you insist on having them, she said multivitamins should be kept in a locked medicine cupboard and dispensed by a parent "like you would for any medication."

All of these items can be dangerous to young children and should be kept in a safe place.

Ms Adamo said anything that resembled a lolly was particularly dangerous as they might tempt young children.

She said they had received many calls regarding the gel discs that sit inside toilets bowls because they resemble lollies.

In many cases, a child has grabbed one ˇŞ sometimes directly from the toilet bowl and had a few licks ˇŞ not enough to cause poisoning. However she suggests not having them in a home with young children.

"Reconsider the use of that type of product. Just use something else," she said.

They are also responsible for more than 600 calls to the poisons hotline each year. The good news is they are not poisonous, but Ms Adamo said they were always happy to answer calls from concerned parents to put their minds at rest.

This brings us to storage.

"Ideally, you should have two locked cupboards; one in the kitchen and one in the laundry," Ms Adamo said.

"The one in the laundry is where you keep all the cleaning types of products, up high.

"If you have things like essential oils, they should be kept in the cleaning cupboard so there can be no error with dosing."

She said medicines, including multivitamins and gummies, should be kept in the locked cupboard in the kitchen. 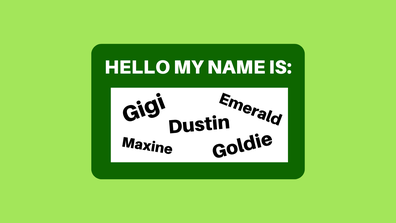