In April 1992, Vanessa Williams' "Save the Best for Last" topped the Billboard 100, Arkansas Gov. Bill Clinton was running for the White House, "Who's the Boss?" aired its final episode, and the babies born to Rachel and Philip Ridgeway a couple of weeks ago were frozen as embryos.

Born on October 31, Lydia and Timothy Ridgeway were born from what may be the longest-frozen embryos to ever result in a live birth, according to the National Embryo Donation Centre.

It's possible an older frozen embryo may have been used; although the US Centre for Disease Control and Prevention tracks success rates and data around reproductive technologies, it does not track how long embryos have been frozen. But there's no evidence of an older embryo resulting in a live birth.

"There is something mind-boggling about it," Philip Ridgeway said as he and his wife cradled their newborns in their laps at their home outside Portland, Oregon in the US. "I was five-years-old when God gave life to Lydia and Timothy, and he's been preserving that life ever since."

"In a sense, they're our oldest children, even though they're our smallest children," Ridgeway added. The Ridgeways have four other children, ages 8, 6, 3 and almost 2, none conceived via IVF or donors.

The embryos were created for an anonymous married couple using in-vitro fertilization. The husband was in his early 50s, and they used a 34-year-old egg donor.

For nearly three decades, they sat in storage on tiny straws kept in liquid nitrogen at nearly 200 degrees below zero, in a device that looks much like a propane tank.

The embryos were kept at a fertility lab on the West Coast until 2007, when the couple who created them donated the embryos to the National Embryo Donation Centre in Knoxville, Tennessee, in hopes another couple might be able to use them. The five embryos were overnighted in specially outfitted tanks to Knoxville, said Dr. John Gordon, the Ridgeways' doctor.

"We've never had in our minds a set number of children we'd like to have," Philip said. "We've always thought we'll have as many as God wants to give us, and ... when we heard about embryo adoption, we thought that's something we would like to do."

The medical name for the process the Ridgeways went through is embryo donation.

When people undergo IVF, they may produce more embryos than they use. Extra embryos can be cryopreserved for future use, donated to research or training to advance the science of reproductive medicine, or donated to people who would like to have children.

As with any other human tissue donation, embryos must meet certain US Food and Drug Administration eligibility guidelines to be donated, including being screened for certain infectious diseases.

"Embryo adoption is not a legal 'adoption' at all, at least in the sense of a traditional adoption which occurs after birth," the National Embryo Donation Center says. "However, the term allows all parties to conceptualize the process and eventual reality of raising a non-genetically related child."

The American Society for Reproductive Medicine says, "Application of the term 'adoption' to embryos is inaccurate, is misleading, and could place burdens upon recipients and should be avoided."

Many colloquially call the donor process "embryo adoption," but adoption and donation are not one and the same, said Dr. Sigal Klipstein, a Chicago-based fertility specialist and chair of the American Society of Reproductive Medicine's ethics committee.

"Adoption refers to living children," Klipstein said. "It's a legal process by which a parent-child relationship is created when it did not previously exist."

Embryo donation, she said, is a medical procedure. "It's a way by which we take embryos from one couple or individual and then transfer them into another individual in order to build families."

The phrase "adoption" has become wrapped up in a larger cultural debate, used predominantly by those in faith-based communities with conservative leanings. The National Embryo Donation Center is a private, Christian-led organization. It requires recipients to pass a "family assessment" and says "couples must be a genetic male and a genetic female married for a minimum of 3 years." The center says it has helped with the births of over 1,260 infants from donated embryos.

Klipstein says that using donated embryos can often be cost-effective for people looking for fertility help, as it cuts out the price of looking for and storing donor sperm and eggs. "They don't get the genetic connection to the children," she said, "but they do have a much less expensive reproductive option than even with in-vitro fertilization in most cases." 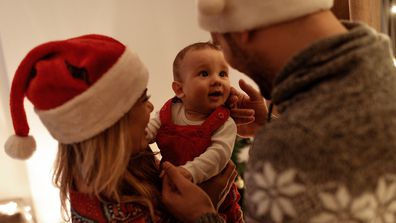 'We just wanted the ones that had been waiting the longest'

For the Ridgeways, building their family was always part of a larger calling.

"We weren't looking to get the embryos that have been frozen the longest in the world," Philip Ridgeway said. "We just wanted the ones that had been waiting the longest."

When looking for donors, the Ridgeways specifically asked the donation centre about a category called "special consideration," meaning it had been hard to find recipients for these embryos, for whatever reason.

To pick their embryos, they went through a donor database. It did not list how long the embryos have been frozen, but it listed the donors' characteristics like ethnicity, age, height, weight, genetic and health history, education, occupation, favorite movies and music. With some files, there are photos of the parents and of their children if they have them.

The Ridgeways assumed those listed with earlier donor numbers had been at the centre the longest and tried to narrow their choice to those profiles.

Southeastern Fertility, which partners with National Embryo Donation Center, thawed the embryos February 28. Of the five that were thawed, two were not viable. There's about an 80 per cent survival rate when thawing frozen embryos, experts say.

The American Society for Reproductive Medicine and the CDC both recommend transferring one embryo at a time, as transferring more raises the likelihood for multiples, which also potentially increases risk for both mother and child. Twin babies are more likely to be born early, develop cerebral palsy, have autism and result in stillbirth.

Rachel remembers Gordon handing her a picture of the three embryos and recommending they transfer only two, telling her, "multiples can cause problems in pregnancy." But she said there was no question in her mind that they would transfer all three.

She remembers getting teary-eyed and saying, "You just showed me a picture of my three children. I have to have them all."

The remaining three embryos were transferred into Rachel on March 2, 29 years and 10 months after they were frozen. Two of the transfers were successful. Studies have found that 25 to 40 per cent of frozen embryo transfers result in a live birth.

Embryos can be frozen pretty much indefinitely, experts said.

"If you're frozen at nearly 200 degrees below zero, I mean, the biological processes essentially slow down to almost nothing. And so perhaps the difference between being frozen for a week, a month, a year, a decade, two decades, it doesn't really matter," Gordon said.

Dr. Jim Toner, a fertility specialist in Atlanta, likens it to an old story: "It doesn't seem like a sperm or an egg or embryo stored in liquid nitrogen ever experiences time. It's like that Rip Van Winkle thing. It just wakes up 30 years later, and it never knew it was asleep."

The age of the embryo shouldn't affect the health of the child. What matters more is the age of the woman who donated the egg that went into the embryo.

"If that patient was 25, yes, most likely, her embryos will survive," said Dr. Zaher Merhi, a fertility expert at the Rejuvenating Fertility Centre in New York City. "It's all about the egg and the embryo and when the egg was taken out."

The Ridgeways say they've wanted their kids involved all along the process, so they have been explaining it to them as they went through the steps.

"They were excited and happy with us every step along the way. They love their siblings, and they play together and were looking forward to finding out whether God had given them two boys, two girls or a brother and a sister," Phillip Ridgeway said 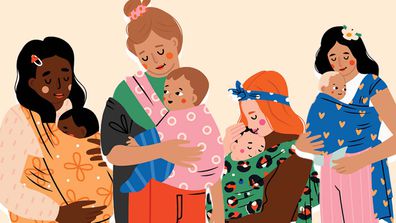