A? mortician has revealed the foods she's banned her own children from eating, after seeing the dangers these can pose.

Going by the name of 'Lauren the Mortician' on TikTok, the US mum explained she was "scarred" by her work, adding if there's something she won't let her kids have or eat, then "you know it is a bad one".

?And the food she has the biggest issue with may surprise many parents: popcorn. But Lauran said the popular snack was one of the quickest ways to "get a ride in an ambulance outlining how it was a major choking hazard.

"Popcorn is not allowed in my house," she declared. "Those little kernels that get stuck in your teeth, that can also happen to your children. And those little pieces are so lightweight that they are so easily sucked up back into your oesophagus that you can aspirate on them or choke."

Lauren said even if parents supervised their kids while they were eating, she felt it wasn't worth the risk. ?

"No matter how much you watch your children, they can still choke on popcorn whether you are there or not.

"And the super-scary thing is that you can't get it out. Even if you remove all the kernels, the irregular shapes and dry texture of popcorn makes it super easy to get stuck."

Also on her list were nuts - "for the exact same reason". Lauren also urged parents to cut their grapes, which are another known choking hazard.

The mum said she wasn't fearmongering, but trying to alert people to the dangers, having seen the tragic consequences of children choking on these foods.

"One of the saddest calls [at her work] involved a child with a peanut," Lauren said.

"They put their child to bed not knowing there was a piece of peanut in their lip, and [their child] didn't wake up the next morning."

While some accused her of being over-cautious, with one sarcastically saying: "I bet your house is fun," most followers agreed.

"My kids aren't allowed popcorn, grapes, or stringy cheese on pizza! Saved three kids from that choking on that cheese, gives me anxiety?," said one.

"Registered nurse here. My kids didn't get popcorn until they were teenagers!," agreed another.

"?My dad has been a medic for 30 years. He said the most common food he saw kids choke on were hotdogs and popcorn!," said a third.

One shared it wasn't just kids who could choke. "My husband had a friend in college who choked to death on popcorn while eating it laying down," they said. 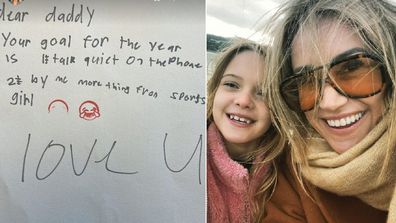