Picking a name can be one of the biggest decisions you make for your baby. Parents may want something unique, but you may have to brace yourself for mispronunciation and misspelling.?

One mum on TikTok has confessed she may not have picked the best name for her son.?

Monie says she had her child as a teenager and as a result, she now regrets the name she picked out years ago.?

"I named my son Abel because I thought it was strong, good biblical name," she tells viewers.

"I love his name and he suits it. It's the name of a boy who is good-looking.

"The only regret I have is the way I chose to spell his name.

Monie says she was a teenager in the 2000s when she gave birth and the trend was the 'zazz' up a name with extra letters or flipping the spelling.?

"But people couldn't grasp how to pronounce his name 'eye-bell'."

Monie says her family are Pacific Islanders, so it is customary for family members to pass their names to a baby. She says this resulted in her son not only having a name that was constantly mispronounced, but it was also very long.?

"He has a long nameˇ­ now he has a name that doesn't?fit in all the boxes that are provided on a government form."

"Anyway, I'm sorry about that, kid, lucky you're handsome," the mum adds, tongue-in-cheek.

Monie is not alone in this. The 2000s proved to be an era where parents created their own, unique names ¨C names such as Adalee, Avalynn, Blakeley, Brynleigh and Gracelyn took 'unique' spins on otherwise traditional names. 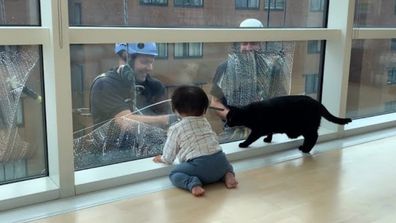