A? Brisbane mum has warned parents to be aware of the symptoms of meningococcal after her daughter contracted the B strain, which many aren't vaccinated against.

Sharing her story to highlight just how quickly the ?disease can progress, Amy said she doesn't want other parents to go through what they did.

While Aroha had been 'completely fine' the night before and even the morning that she first fell ill, it wasn't long before she needed to be hospitalised.

"Aroha woke up that morning and was fine, we went to a cafe and she wanted some cake. When it came out and it was time to eat, she didn't want any... and it all went downhill from there," Amy told 9Honey Parenting.

She was very sleepy and kept screaming in pain every time she woke up.

Hoping she'd brighten up when they visited the aquarium afterwards, Amy instead had to abandon the outing that Aroha had long been looking forward to, due to what Amy assumed must have been a daycare virus.?

"Then she was asleep the whole way home. Throughout the night I kept trying to give her Panadol, but she kept vomiting it up. She wasn't complaining, she was really placid, she'd just say 'Can I have some more water?'," Amy continued.

"In the morning I tried giving her more Panadol, she vomited that back up and had a high temp, so I took her to the hospital. When I stripped her off, I noticed the dots on her back." ?

Sent to an isolation room, Amy said many doctors would 'suit up' in personal protective equipment so they could see the disease for themselves.

"I thought 'I don't think this is a good sign'... I'd called my mum, who is a nurse, and she said 'I don't want to freak you out, but I think it's this'. At that time the nurses also told us they were going to treat us for meningococcal," Amy said.

"It was so surreal. I had my baby, who was 10-months-old then, still being breastfed and dependent on me. It was all a bit too much. And Aroha was so sick, when they were putting the needles and cannula's in she was so out of it she didn't flinch.

Aroha was then transferred to the Queensland Children's Hospital?, where she was taken to the intensive care unit, and where Amy had to help contract tracers determine who they had spent time with in recent days that may need to be given preventative antibiotics for the contagious disease.

After spending a week there recovering, initially 'screaming in pain' every time she woke up, and struggling to eat. Eventually she asked for some spaghetti and ice cream, magic words to an anxious Amy.?

"She was very sleepy and kept screaming in pain every time she woke up. It was a horrible time seeing her in so much pain. It went on for days," recalls a teary Amy.

Meningococcal Disease cases on the rise in Australia

?Aroha had the B strain, the only of the five strains not covered for all children under Australia's National Immunisation Program Schedule.

While ACWY vaccines are available free to all children, the B vaccine is only available on the program to high-risk groups, including those with specified medical conditions.?

Parents can voluntarily access the B vaccine, however on average it costs between $110 to $150 per dose.

Like many parents, Amy hadn't vaccinated against this due to the cost, but urged parents to be aware of the strain, which can be just as deadly.

"Trust your intuition, she just went downhill so quickly. Go to the doctor and never feel guilty about getting a second opinion. If I'd been more aware of the disease we may have known earlier."

Alarmingly, new data shows that national invasive meningococcal disease (IMD) cases to end September 2022 are already 16 per cent higher than the number of cases in all of 2021.?

Although most people who contract the disease will recover, up to one in five survivors suffer serious long-term complications such as brain damage and loss of limbs. Up to one in 10 people may die within 24 hours. Those aged under two and between 15 to 19 years are most at risk.

Symptoms of the disease include a fever, headache, neck stiffness, light sensitivity, nausea/vomiting, drowsiness or difficulty walking and talking. The telltale dark purple rash is often the last symptom to appear.

Babies and young children with the disease may appear more irritable than usual, refuse food, be very tired or 'floppy' and have a high-pitched cry.

The government's Health Direct ?defines it as a medical emergency.

"It can kill within hours, so early diagnosis and treatment is vital. Do not wait for the purple rash to appear as that is a late stage of the disease," they advise.

"If you are worried that you or someone you care for may have meningococcal disease, see your doctor immediately. If your doctor is not available, go to your nearest emergency department." 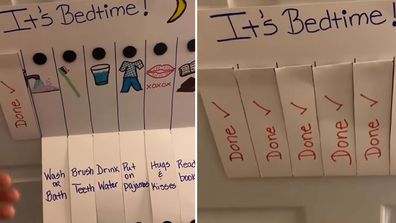